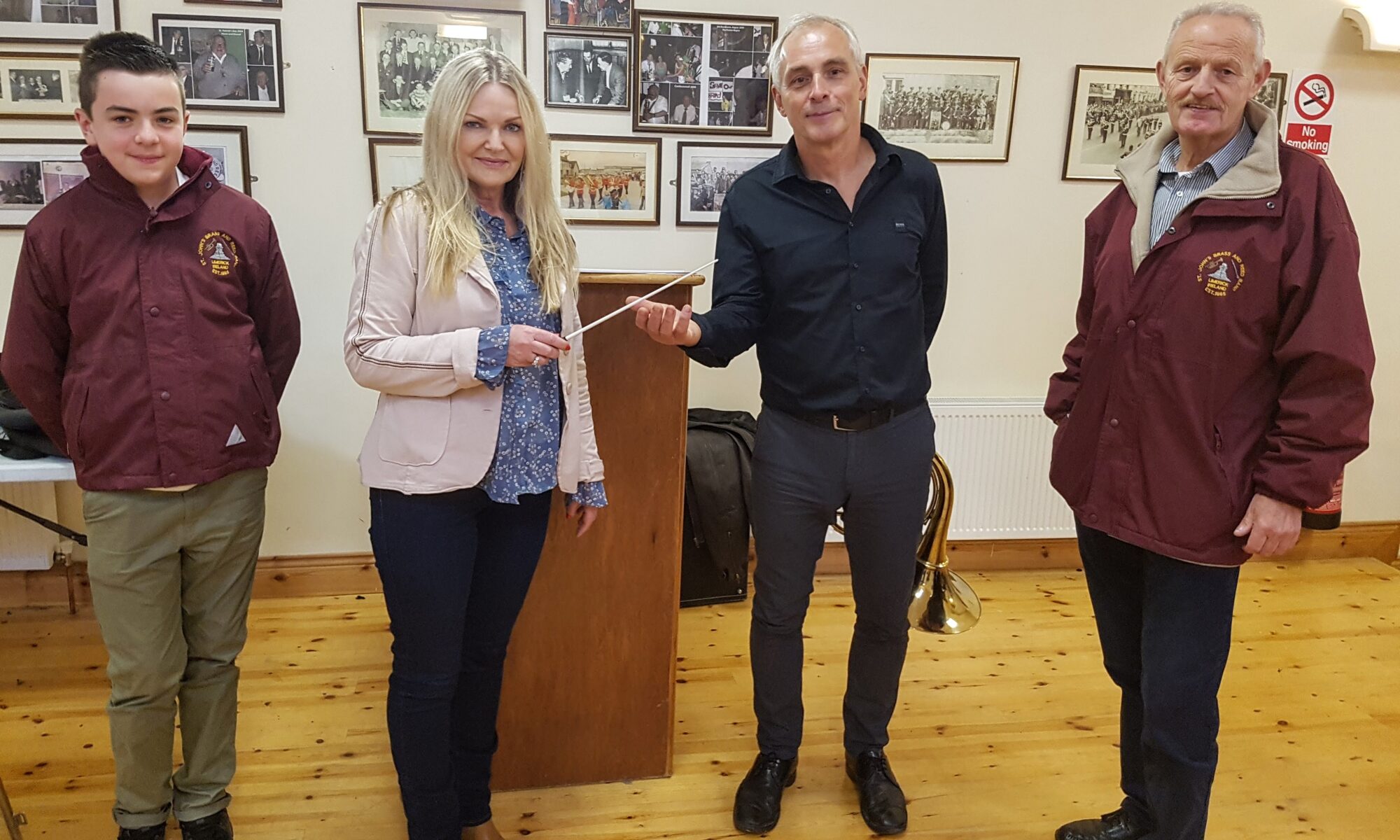 Last Thursday 9th July, the band had its first rehearsal since restarting.

Jonathan moved to Ireland in 2019, having lived in Portugal where he played principal horn in the Gulbenkian Orchestra in Lisbon for 31 years. Since being in Ireland, he has played with the RTÉ Concert Orchestra, Camerata Ireland Chamber Orchestra, and has been invited to play with the Ulster Orchestra (postponed due to Covid-19). Locally, he has been involved in musical projects in the Limetree Theatre, St Mary’s Cathedral, Redemptorist Catholic Church, the UL Orchestra and St Anne’s School in Killaloe. Jonathan currently teaches brass at the Munster Music Academy, Killaloe.

Jonathan is passionate about raising awareness of music, especially in schools and communities. ‘I am delighted to be joining a local historical band, whose core value is to spread the joy of learning or playing an instrument, and welcoming anyone who wishes to join. Music should be inclusive, not exclusive. Every child regardless of wealth or standing should have an opportunity to study an instrument. My education was in the state school system in England, and I was very fortunate that music was still a big part of the curriculum back then. With music no longer being easily accessible to all, it has never been more important to provide opportunities for children and community members by forming partnerships between schools and local community music projects.’

St. John’s Brass and Reed Band is excited to move into a new era of playing, bringing with it a colourful and rich history, and carrying on the effort of band President Jim McCormack, who has been marching the band forward for over half a century.

For more information, or if you would like to join the band, please contact us by emailing stjohnsbandlimerick@gmail.com